WHEN I in awesome WONDER 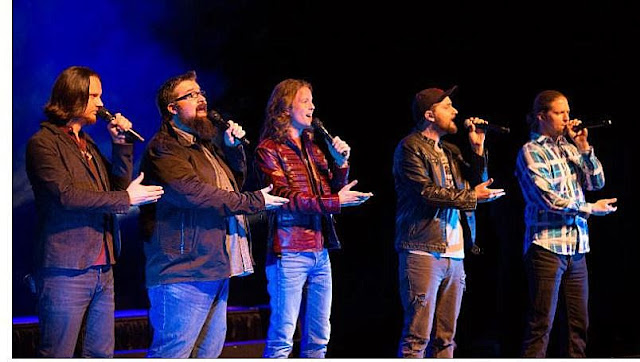 Listen to this rendering of "How Great Thou Art" sung in the Austrian Alps by this brilliant country music group and prepare to WONDER at their skill and God's greatness.  Click on this  LINK

This group have also recorded some wonderful Christmas carols on their CD "Full of (Even More) Cheer".  This group sing everything a capella with amazing harmonies and arrangements.  "O Holy Night" is my favorite and I have been listening to Christmas Carols for a very long time! This is fresh and new. Wonderful!  Do take a moment and go to You Tube to hear more of their recordings. 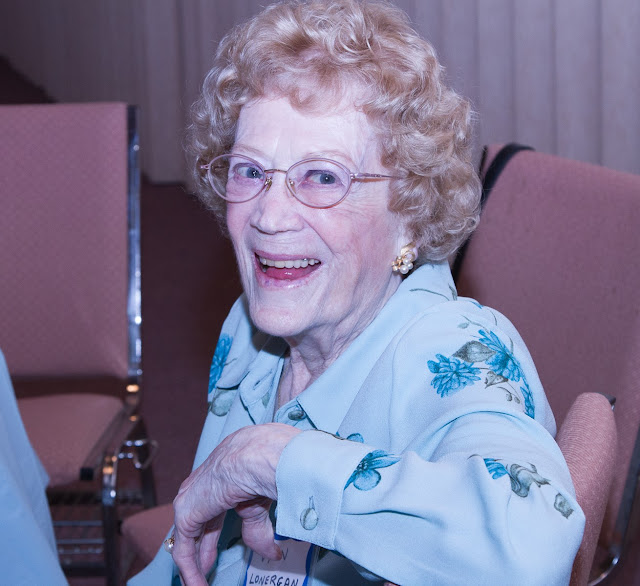 This is a picture of my dear friend VAN.  I have chosen her for this post not just for her name but also for her VICTORY.  This photo was taken in June this year at my husband's 80th birthday celebration. Five months later, Van was gone.  And here is the Victory part.

She knew she was dying (she was in her nineties) and when she was put into hospice care I went in to see her.  She was sitting up in bed all ready to see me.  I gave her a hug and she said to me in typical 'Van' fashion, with her wry humor and in a dry raspy voice,

"So this is what they call the end". Typical Van!!

I laughed and said, "No, Van, this is the beginning!!"  She knew what I meant.  She was more than ready to go because she knew where she was going.  In fact she had expressed several times in the weeks before that she wished the Lord would take her because then she wouldn't have to deal with the aggravations in her life. That day I visited her, she was actually rejoicing.  Her sins were forgiven, she loved the Lord and there were only good things on the other side.

Two weeks later I sat with her beside her bed and held her hand.  I talked to her softly but she didn't answer.  I didn't expect her to, but I knew she could hear me.  They say that hearing is the last to go.  The next day I was just getting ready to go to see her again when I got the phone call that she had passed into the Lord's presence.

O Death where is your sting?
O Grave where is your victory?
......
Thanks be to GOD who gives us the VICTORY through our Lord Jesus Christ.
1 Corinthians 15:55