Cabo, as most of us call it, was a small Mexican town at the tip of Baja, California, the peninsula on the west coast of Mexico. 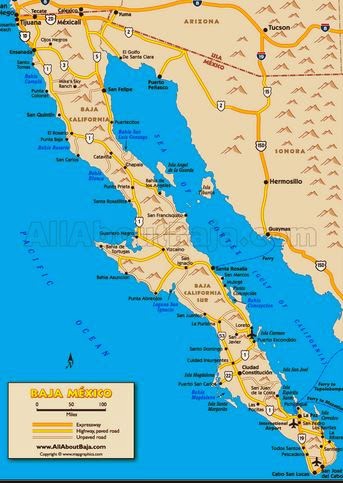 I say "was" because it is no longer as small as it was when we first visited it about 35 years or more ago. On the map above Cabo is right at the very tip of the peninsula and San Diego just above the border in the top left hand corner. Cabo has become a popular tourist spot especially for cruise ships and for those who want to do some fishing in the Gulf of California. It also has a good number of resort hotels, but the main obstacle is how to get there.

You can fly Air Mexico from San Diego or you can drive the length of the peninsula.  When we flew there the plane came down very low and we wondered where the runway was.  Suddenly we swooped over a cliff and down to the runway below.  Exciting! Back then the airport was just a series of thatched roofs with tables inside.

If you decide to drive, it is 760 miles.  Today there is a half decent road, but still you have to watch out for loose cattle, unorthodox driving and don't drive at night or pick-up hitch hikers.  You may also be stopped by police toting rifles, but mainly looking for people carrying drugs.  Remember, in Mexico you are guilty until proved innocent.  Our boys went to Baja quite often years ago, as helpers with those driving the Baja 500.  That's when they were into off-roading with their trucks. 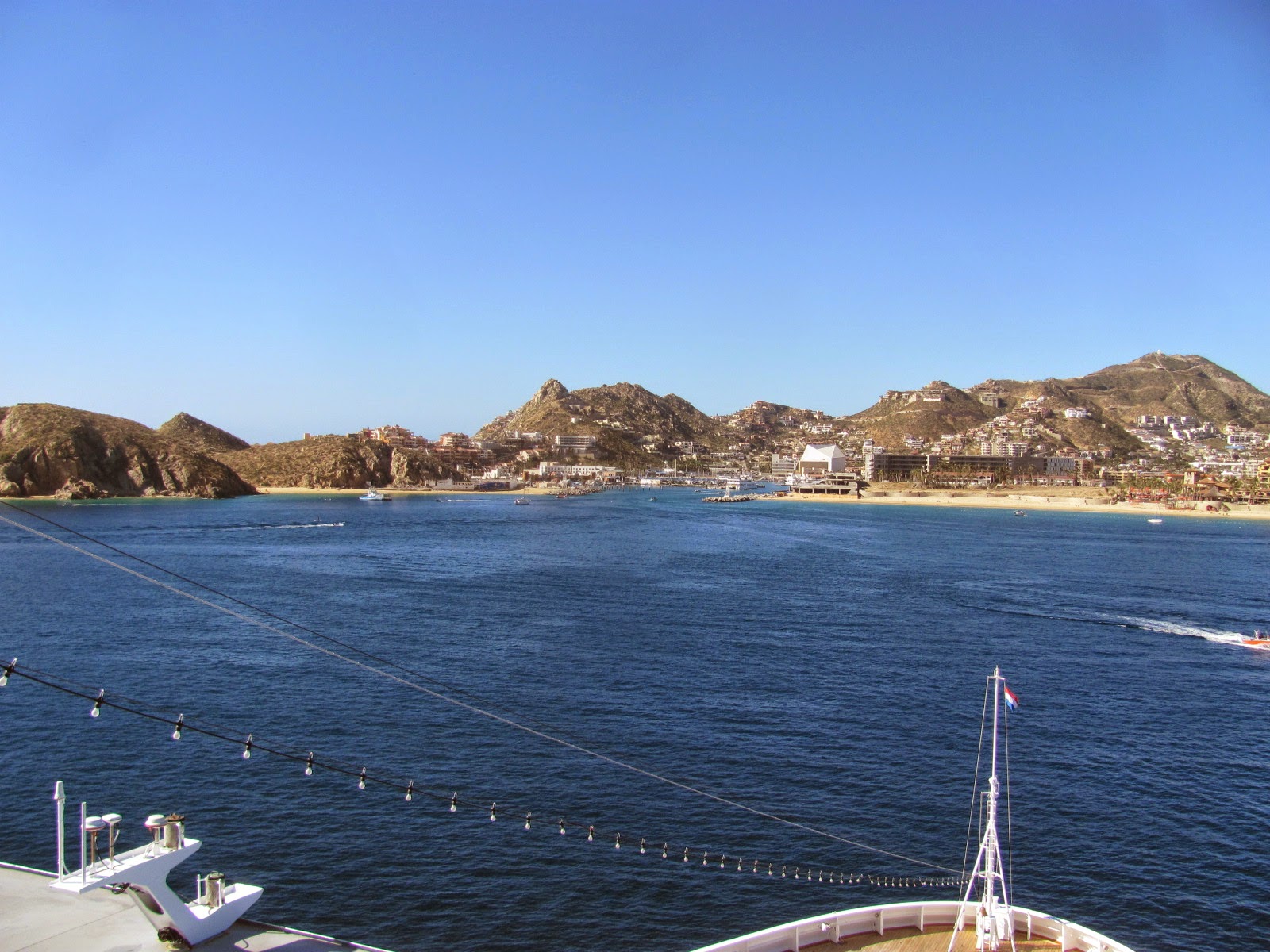 This was the photo we took of Cabo last month.

Today, I wouldn't think about going across the border, though many do.  We are just too aware of the drug problems and immigration tangles nowadays.  I'm so glad we got to do it all those years ago before all the illegal activity.  It is fascinating countryside and Gray Whales can be seen in the winter off the coast as they make their way down to the lagoons where they give birth before returning back up north again.

On our original trip, we let our boys go fishing all day out in one of the pangas from a nearby community with a couple of the local fisherman.  (I can't believe now that we would let them do that alone, but it was different times).  They came back triumphantly with a hammerhead shark, which our youngest had caught (at about age ten). It was bigger than he was!  Such excitement!  Somewhere we have a photo of him holding it up, but don't know where it is right now.  That was before computers and I haven't put the multitude of our old photos on the computers.

Recently, Cabo received the full brunt of a hurricane and had much damage in their tourist area as well as their city.  They have been scurrying to get everything put back together for the tourist season.  Our cruise ship stopped in at Christmas time and things were already put back together. Tourism is a vital resource for the locals. 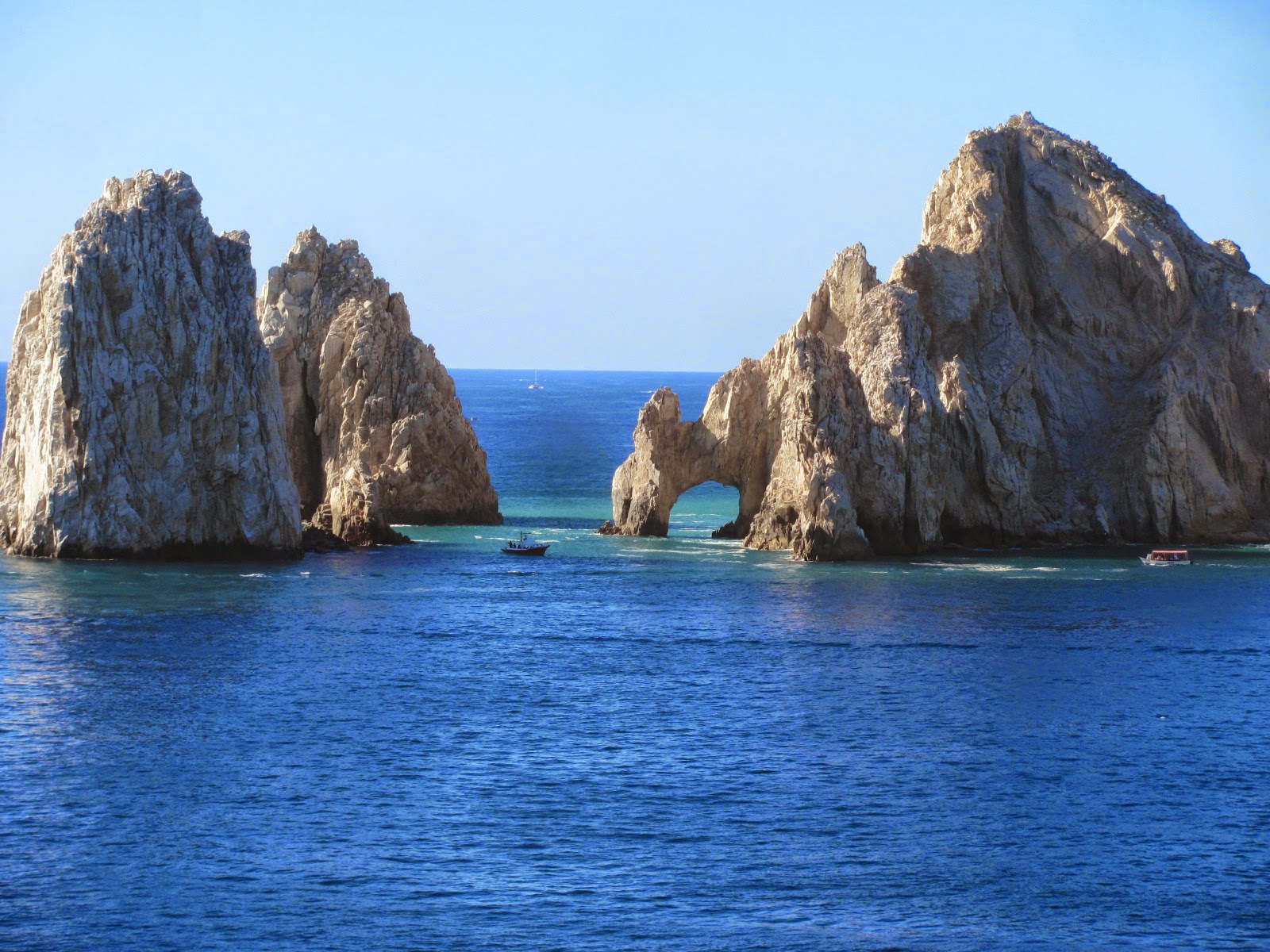 This is my entry for ABC Wednesday.  Thanks to Mrs. Nesbitt and Roger Owen Green and their worthy team of helpers.  To see more fascinating entries, please click HERE.
Posted by ChrisJ at 2:15 PM 14 comments: 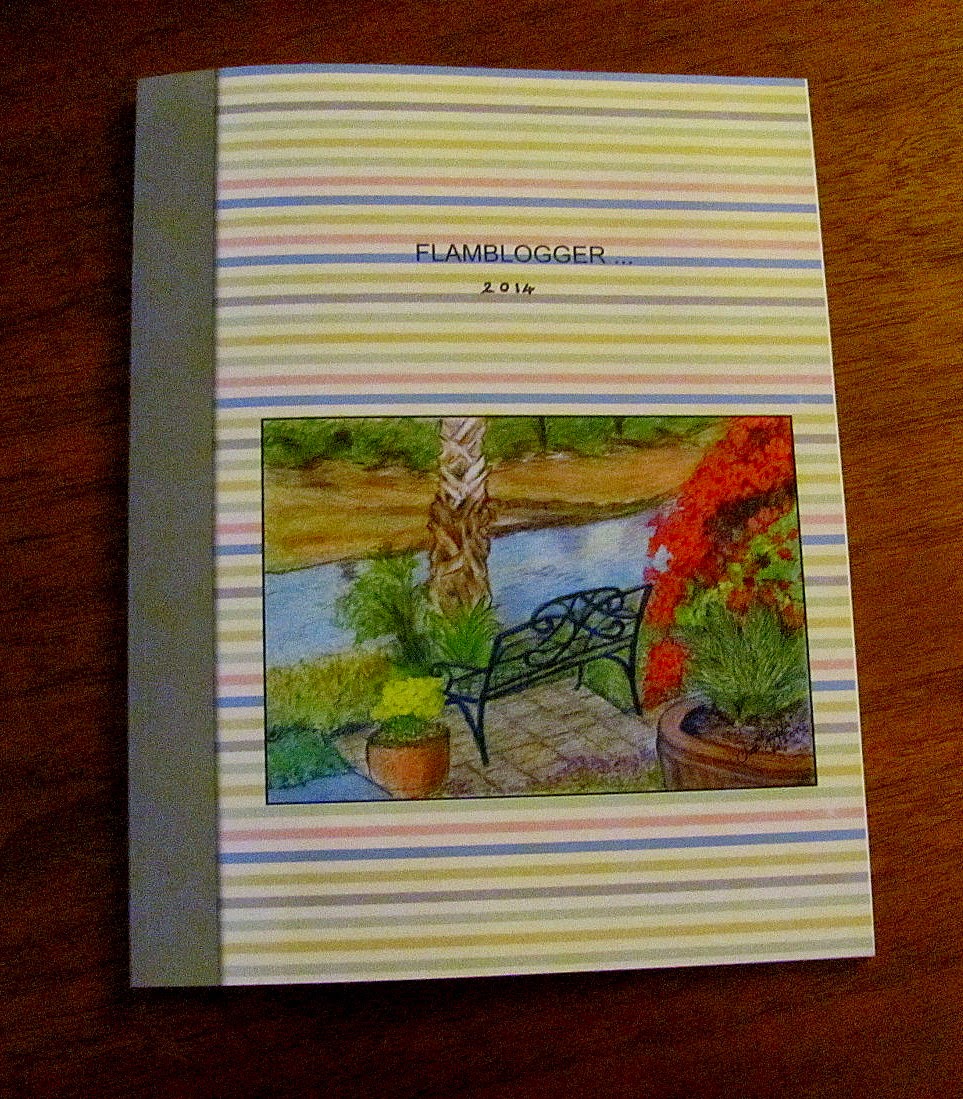 At the end of each year I have had all my blogs gathered together and published in book form.  Here is this year's  book. 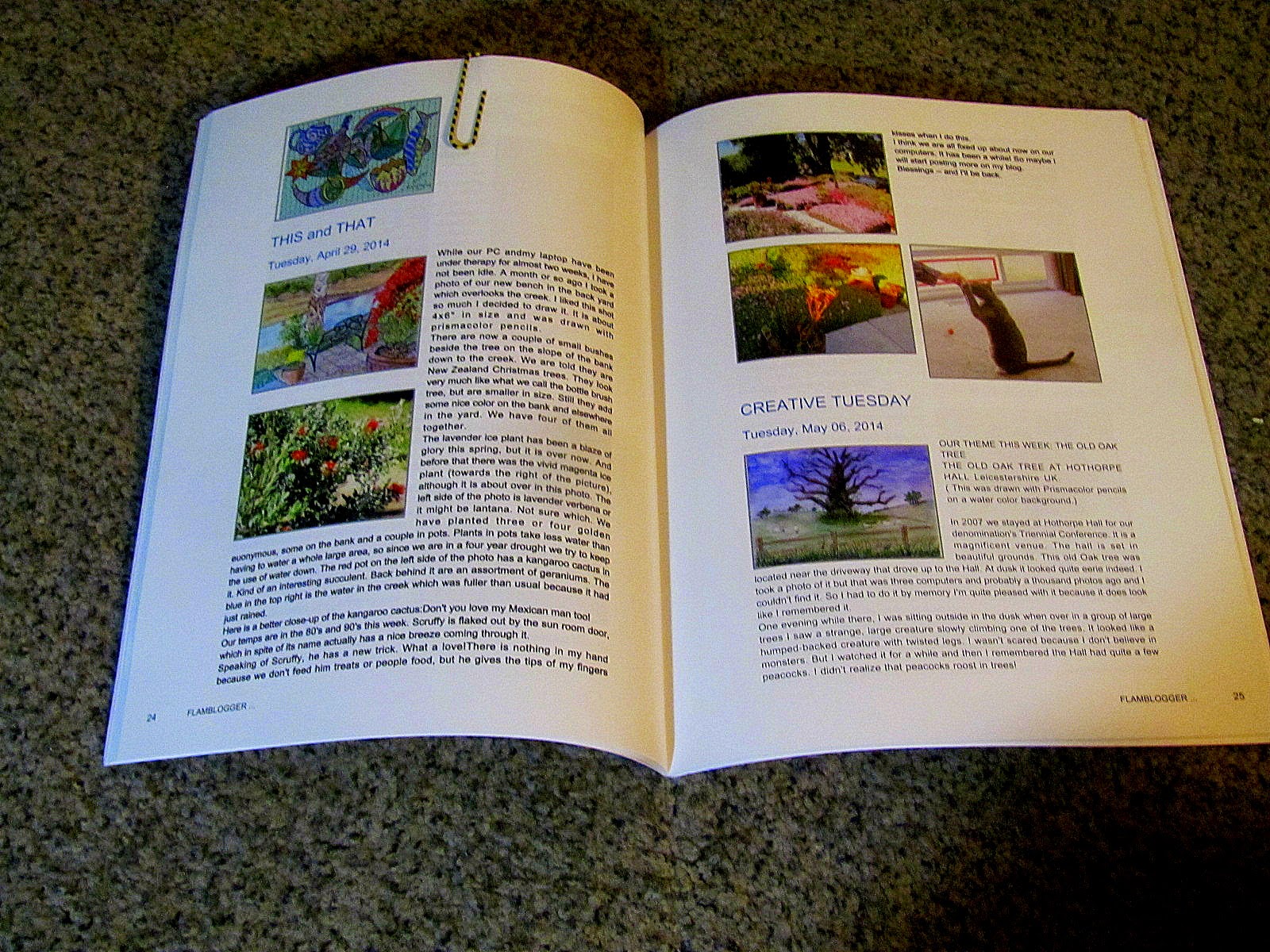 I have opened the pages so you can see how nicely the blogs have reproduced.  There are just over 60 pages  -- not as many as I have had some years.  I  use Blogs2Print as the publisher and this one cost me about $40. 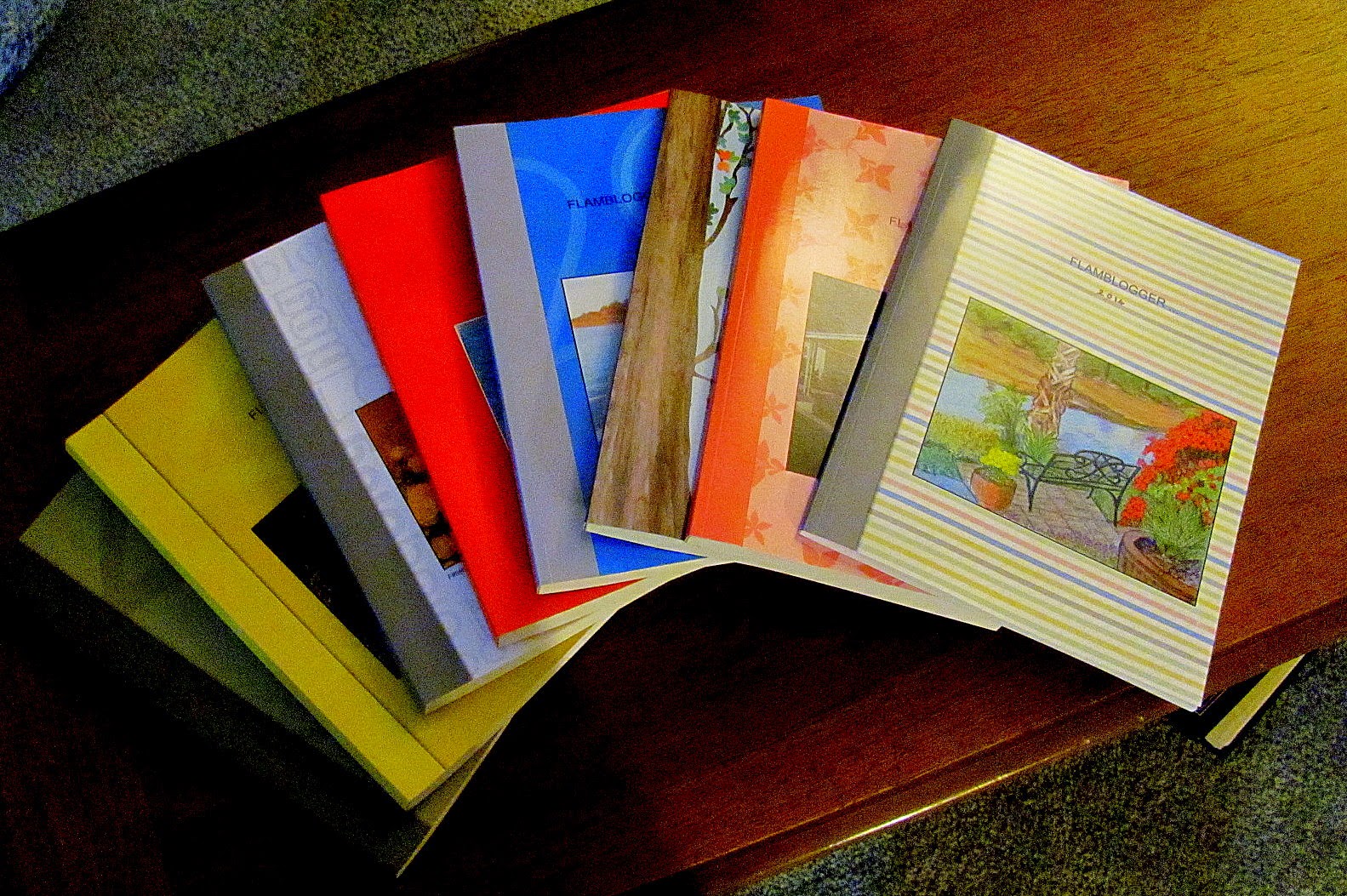 Here are all my books since I began blogging in January 2007.  It's so much fun having all this work in print.  I don't know if my boys will be interested in them, but it's rather like having an illustrated diary.  Many of my photographs as well as  a lot of my art work is in them.  The only negative thing I think about these books is that the photographs are rather small, but perhaps they were trying to keep the cost down by not using so many pages. 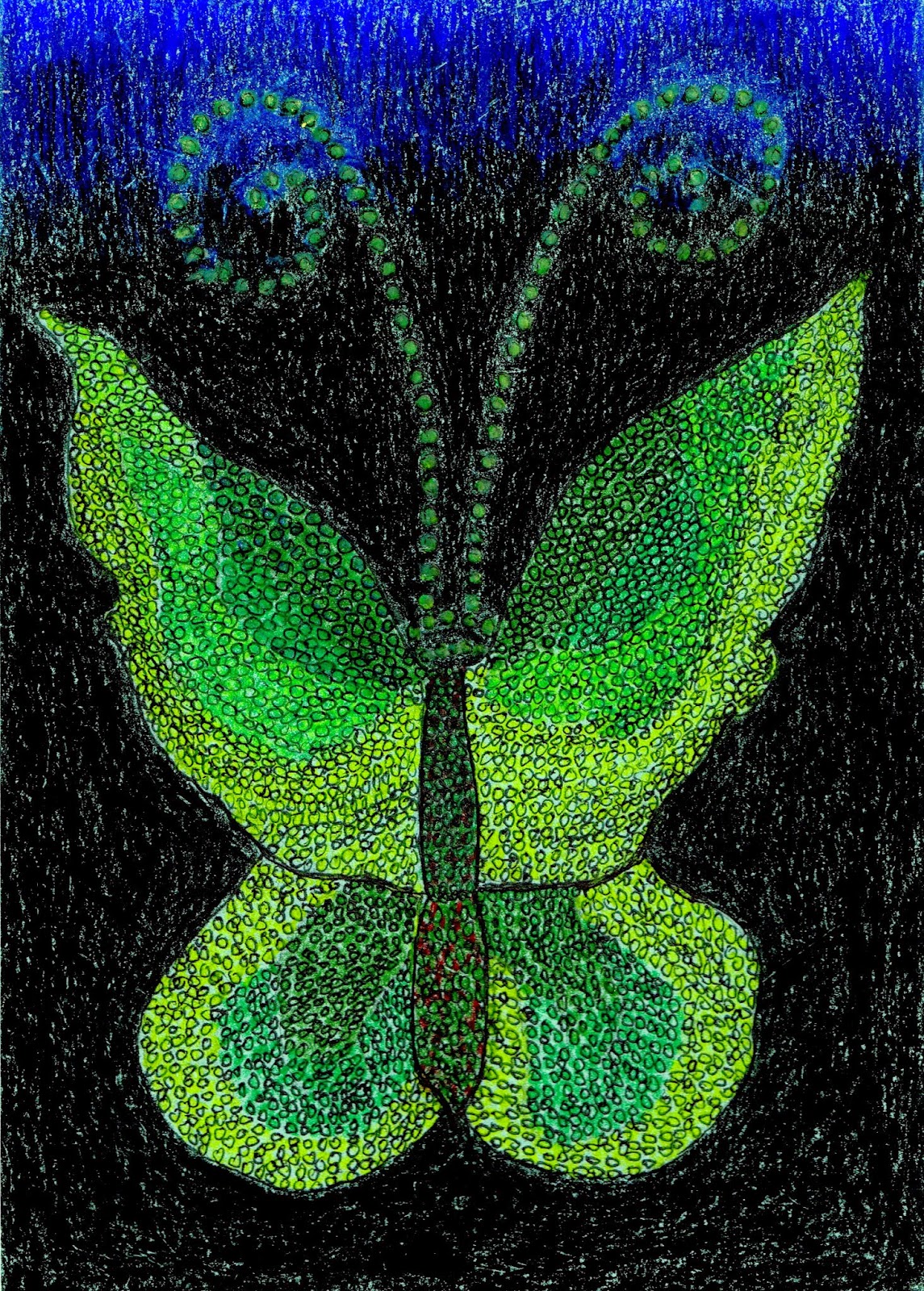 It is obviously a butterfly but it's a little different from the usual because I copied it from a beautiful black velvet shawl that was given to me.  It has lovely embroidered flowers and butterflies all done in knot stitches which I have tried to reproduce by small circles.  The black background did not reproduce well with the Prisma colored pencils.

This is a picture of one of the flowers to show the style of embroidery. 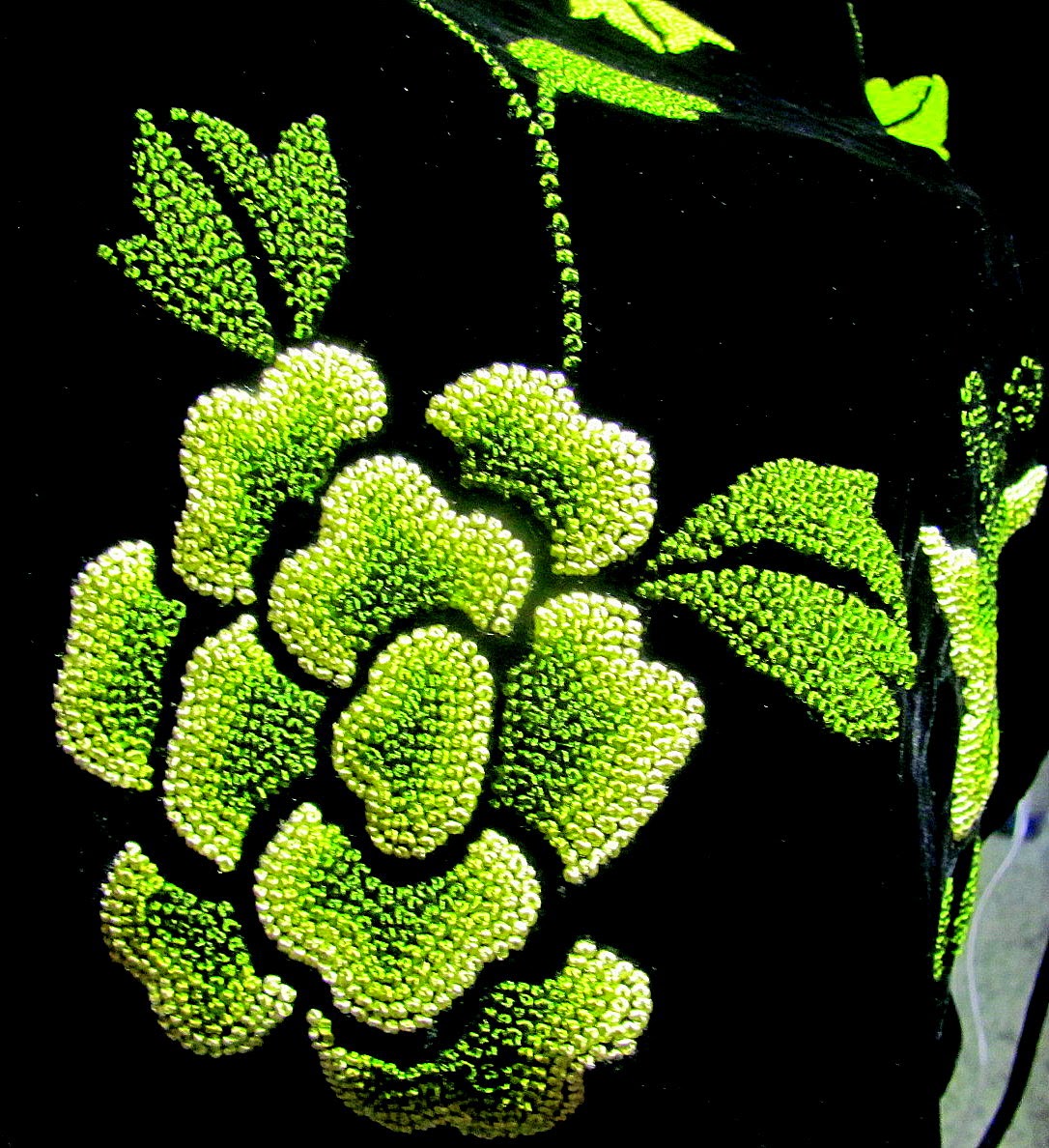 This is my entry for ABC WEDNESDAY.  We are in our 16th round and at the letter B.  Big thanks to Mrs. Nesbitt and Roger Owen Green for keeping this project going.  To see many more entries for the letter B, please click HERE

MY WORD   2015
This session we were asked to choose a special word for 2015.  I wanted to choose one that is different from most routine words -- one that would make me think, so I chose: 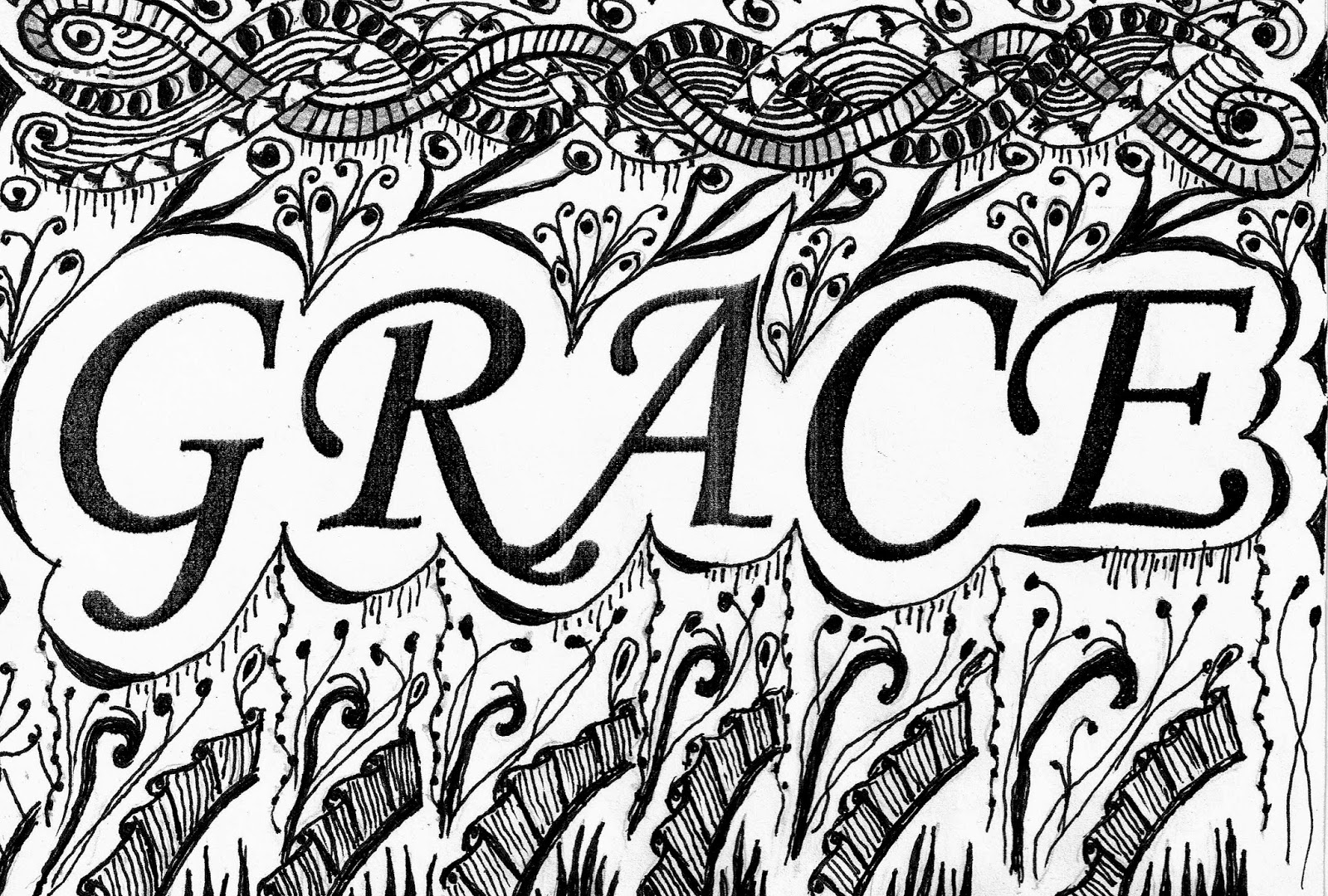 Grace is receiving something you don't really deserve.  For example, if you turn in a school assignment late, your professor may accept it because he felt you had a good excuse or he just felt like it.  Grace has been defined as the "unmerited favor of God".  Grace also has another side.  I may receive grace, but then I can also give grace to those who may not deserve it from me.

So I choose GRACE as my word for the year -- Grace because I have received forgiveness for my sins and GRACE because I would like to show forgiveness to all those people and things I have shown no patience for in the past.

For more "words for the year"  please click HERE
Posted by ChrisJ at 8:34 PM 15 comments: 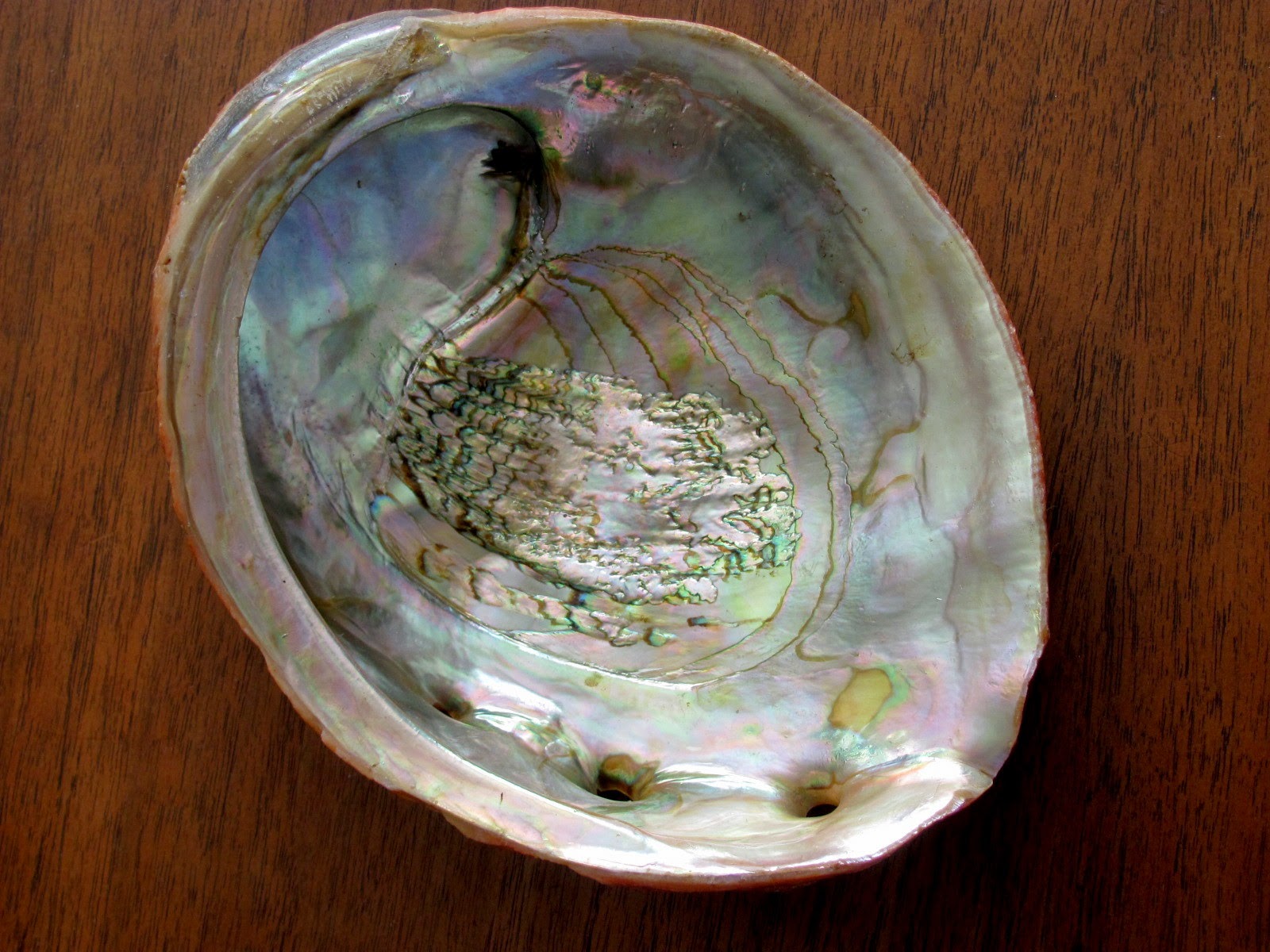 ABALONE is a quite a large mollusk (in the same family as mussels and clams) that can be found off the coast of California.  The meat from the thick heavy 'foot' of the abalone can be eaten and enjoyed by many.    However, to most people the abalone is more well known for its shell.  They come in red, black and green and are about 8 inches when fully grown.  We found ours, a red one, many years ago dumped with others on the pier at Catalina Island about 30 miles across the channel from Long Beach.  Divers had obviously been harvesting them for their meat and discarded the shells.  I think there are restrictions on harvesting them today. 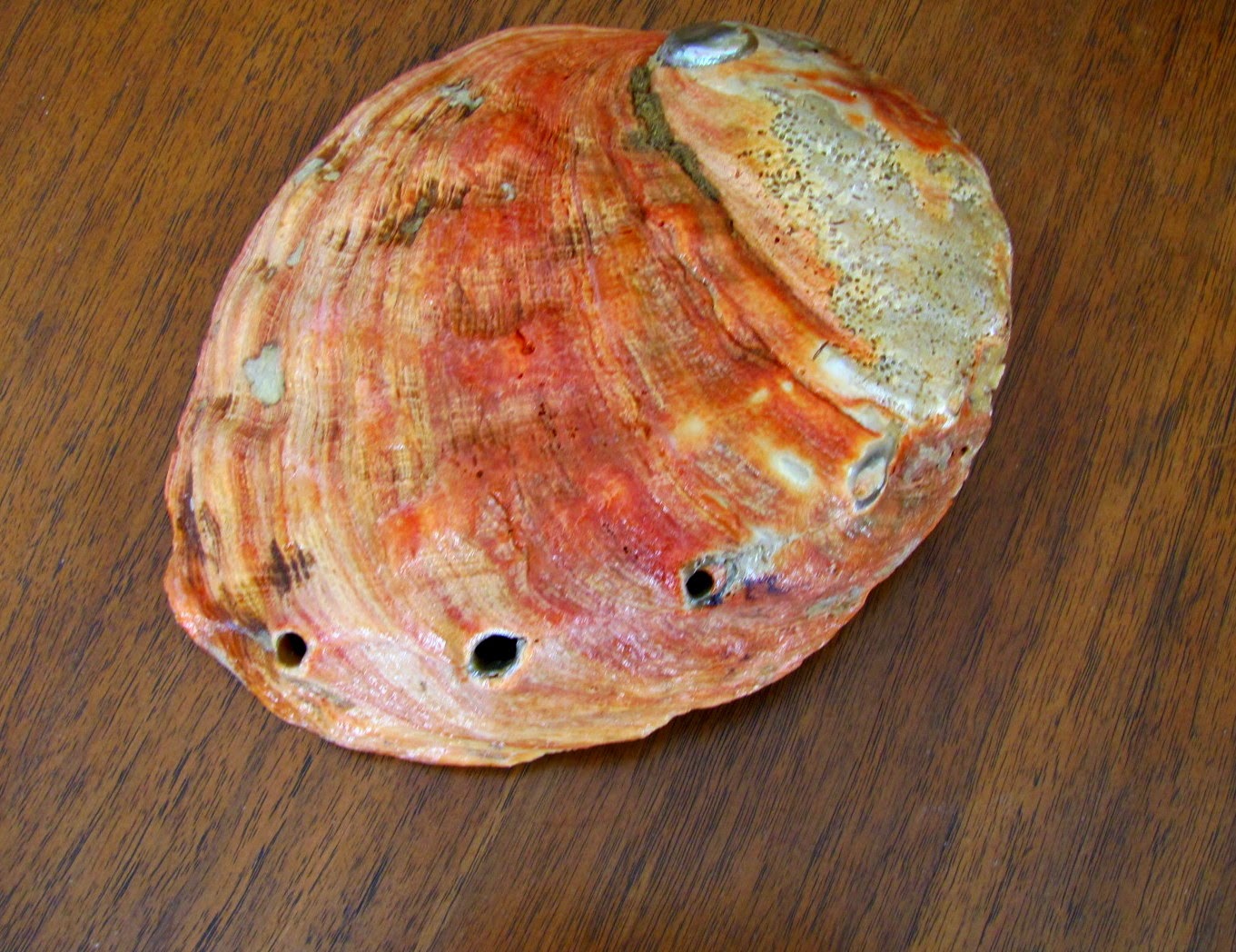 The outside of the shell is not very attractive, but the inside, when the meat is removed the shell is
made up of an iridescent inner coating that can range from white to pink, red, purple green and blue. 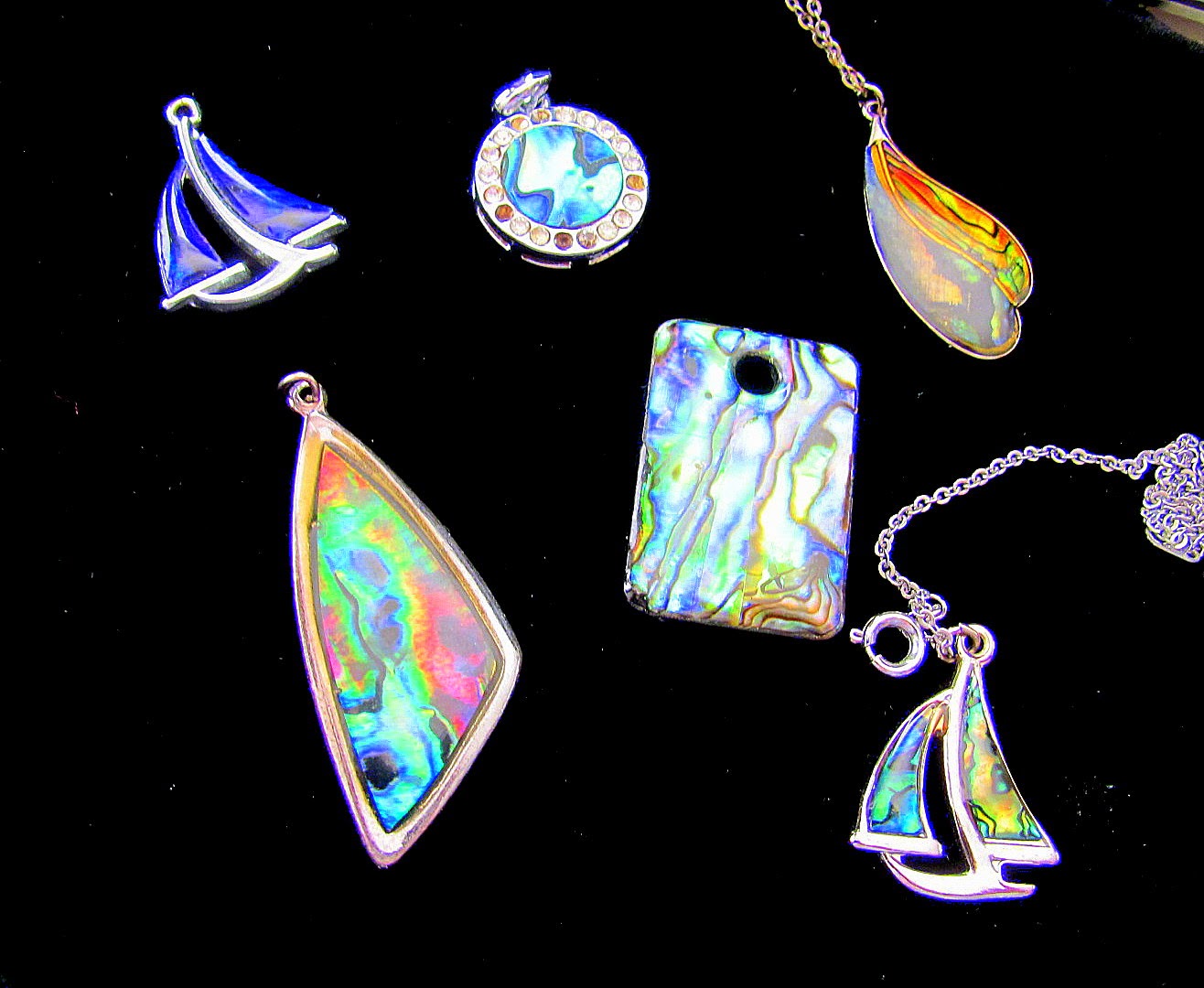 The shell is often used for making jewelry and buttons or it is used as Mother of Pearl.  These are some of the pieces I have collected over the years.  Inexpensive but quite attractive. The shell from Australia is also known as puau and from what I have seen, their colors are of deeper hues and make very pretty pieces of jewelry. 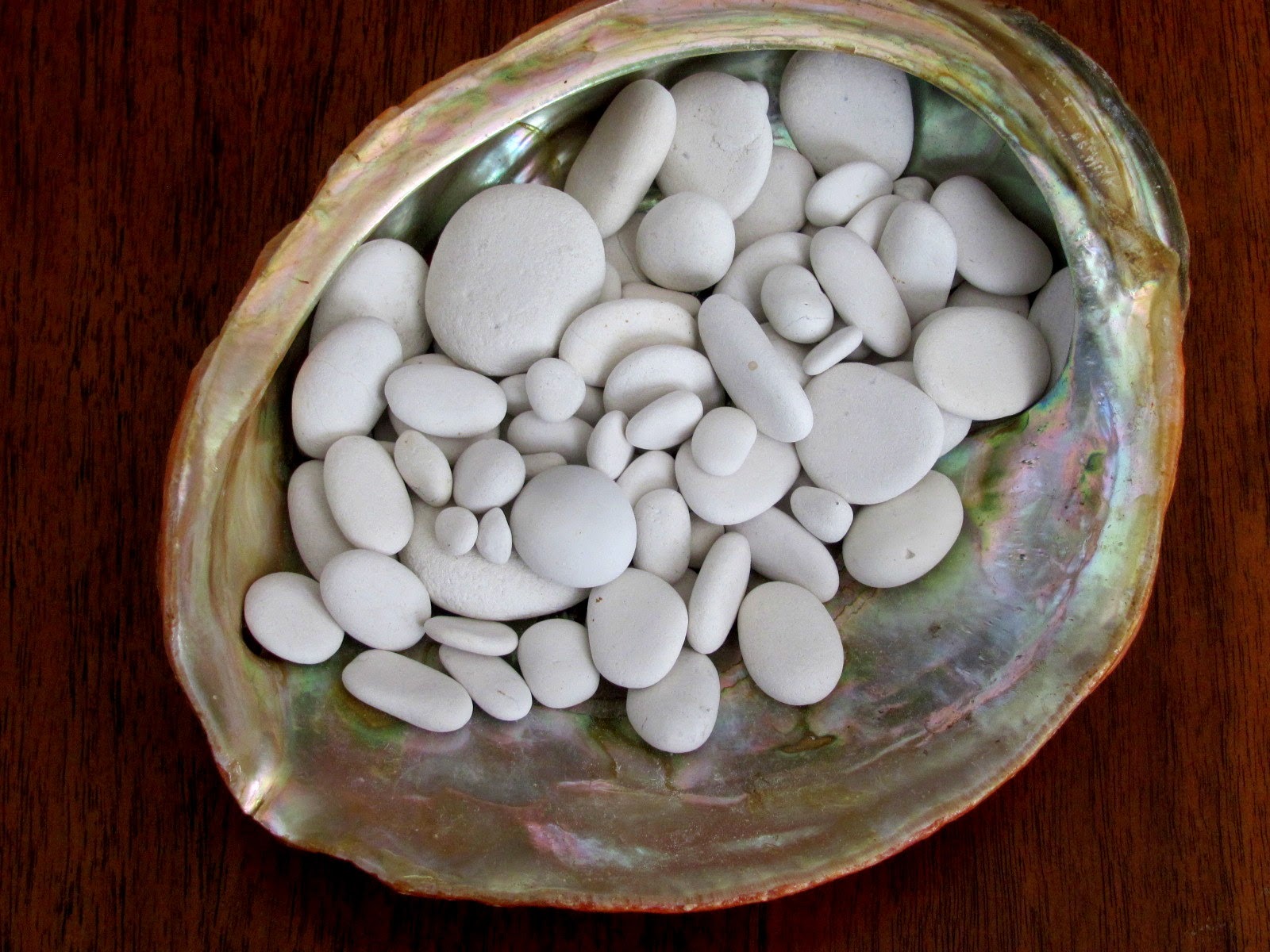 My shell sits on a shelf and contains quite a few white pebbles, all carefully collected from the beach at the South Landing at Flamborough, East Yorkshire.  I sat there one afternoon scrabbling among the pebbles, all of them white by the way, picking out the smallest and prettiest shapes I could find, to carry home with me to California as a keepsake of my years of living in Flamborough.

Here we are at Round 16 of ABC Wednesday.  What an amazing project this has been!  Our worthy founder, Mrs. Nesbitt and equally worthy successor, Roger Owen Green are to be congratulated for their perseverance in perpetuating this fun meme.  To visit others who participate faithfully and always have something worth reading, please click HERE

Almost anytime and any place is right for Scruffy to get his ZZZzzz's... 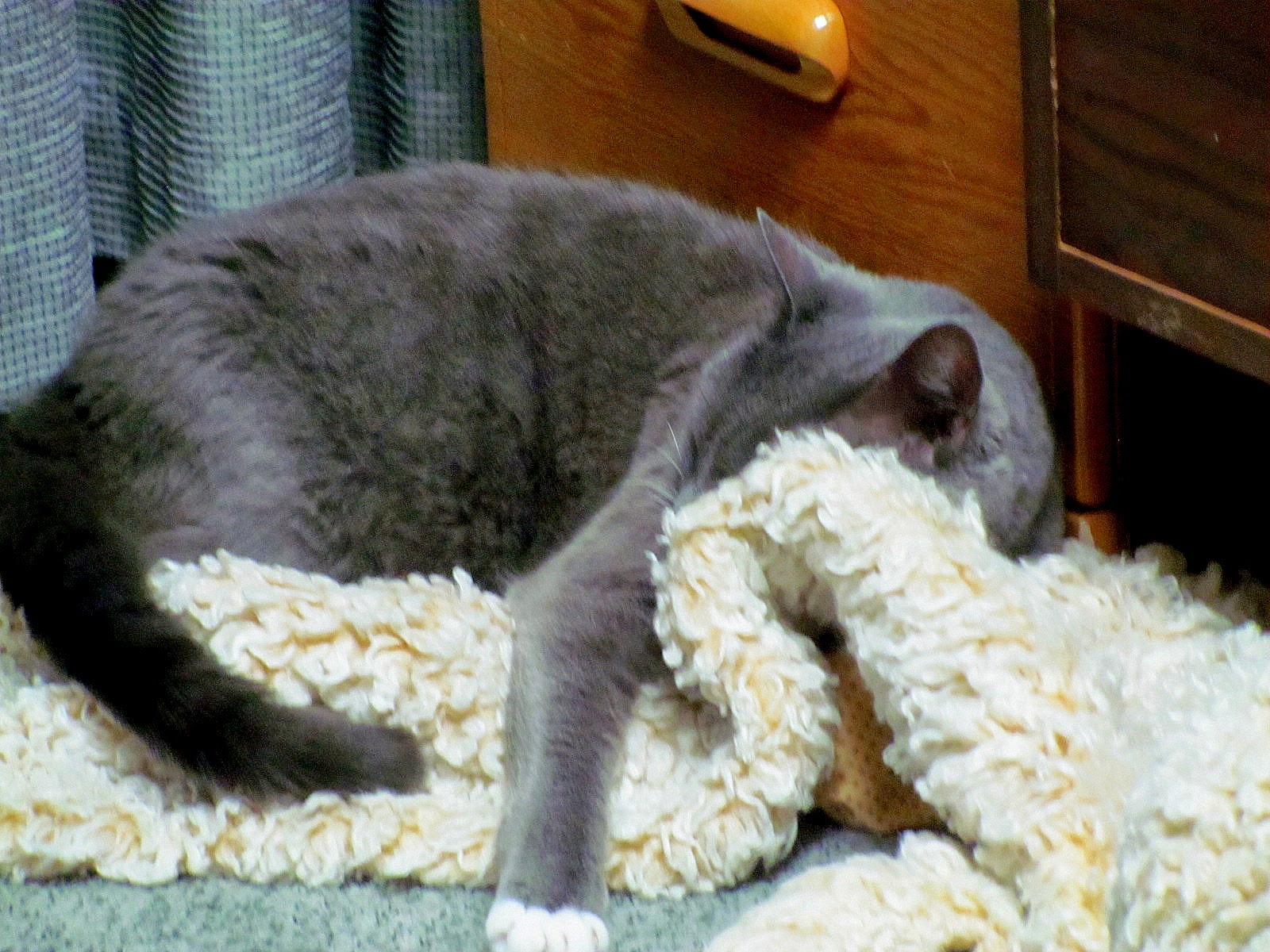 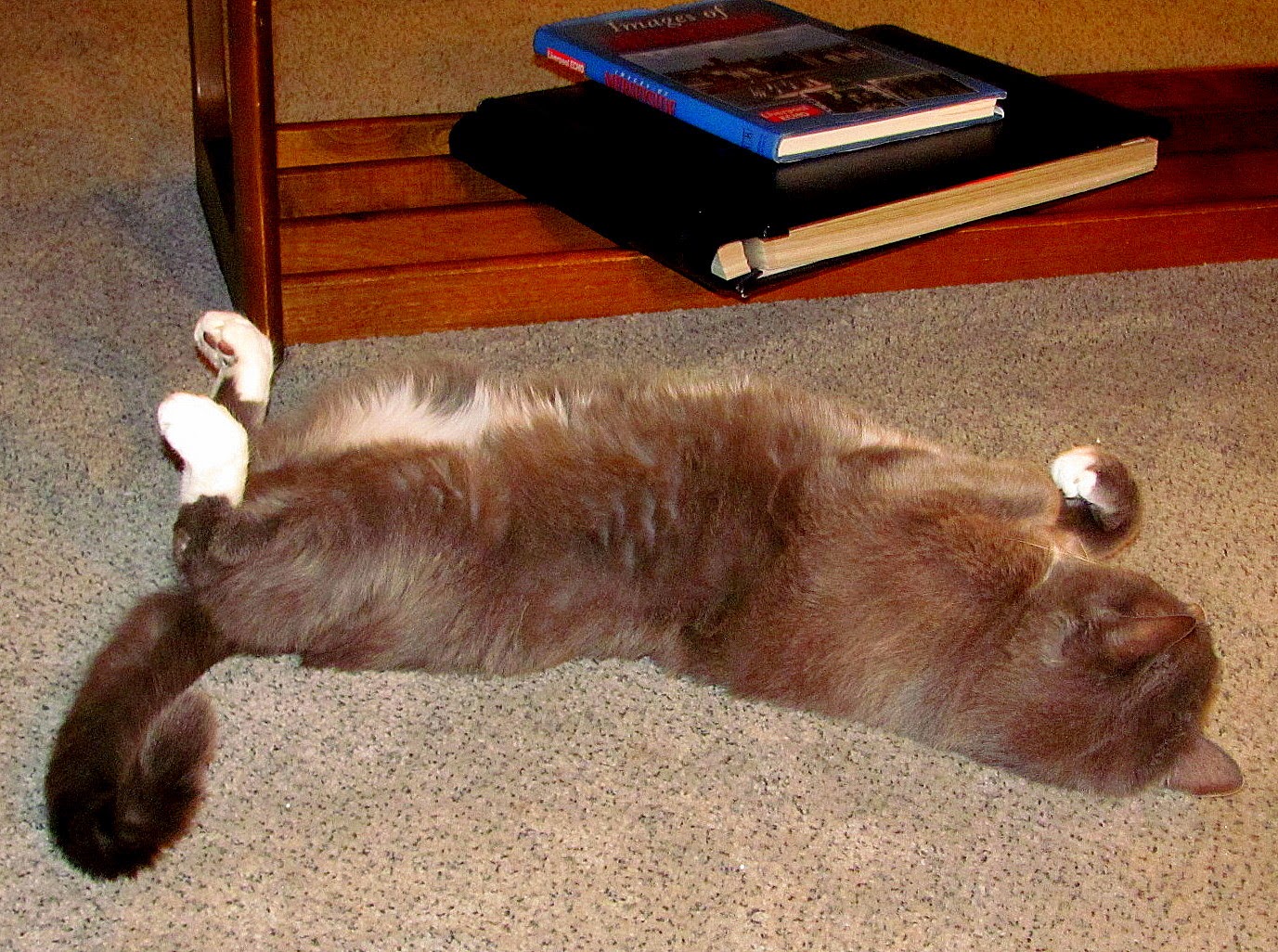 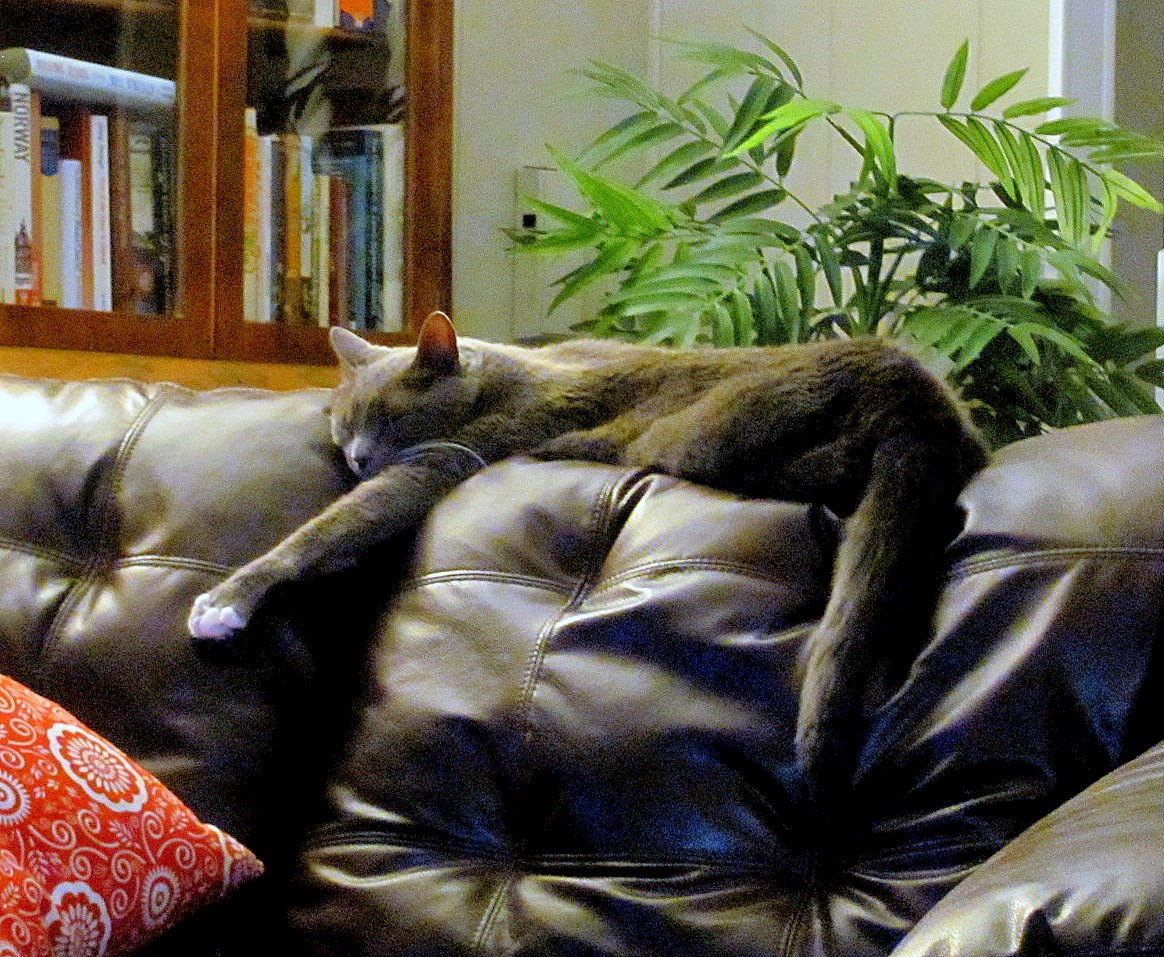 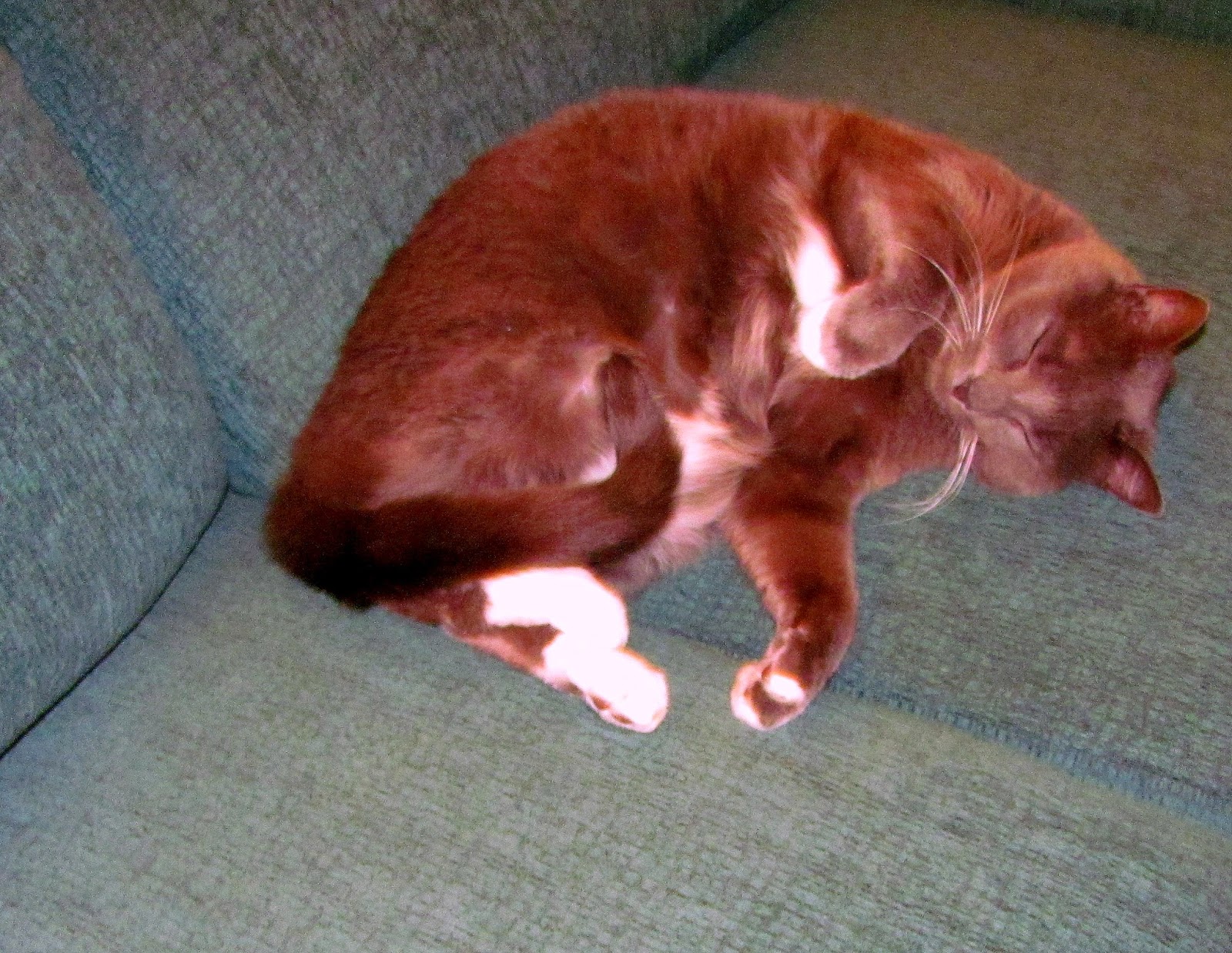 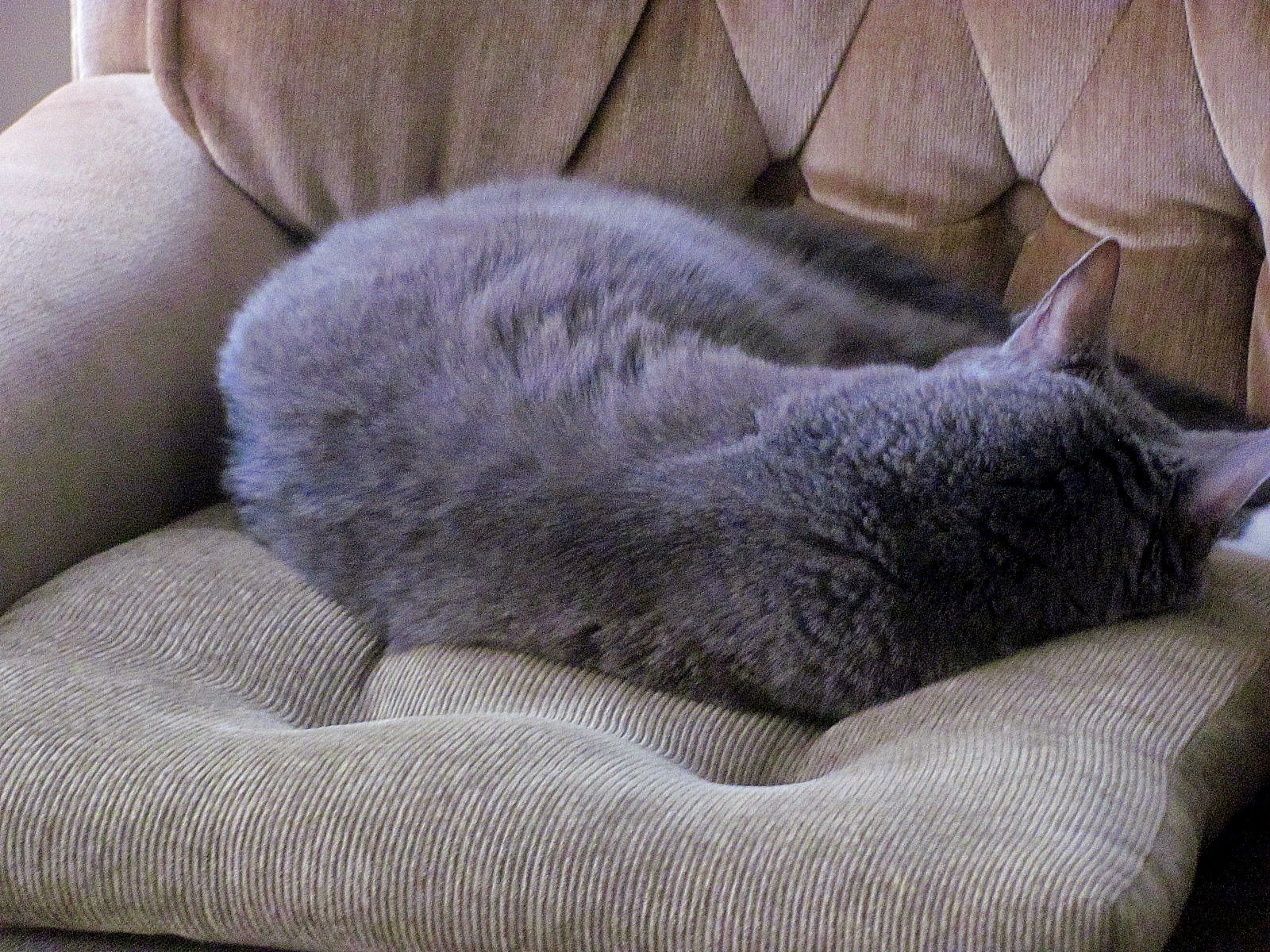 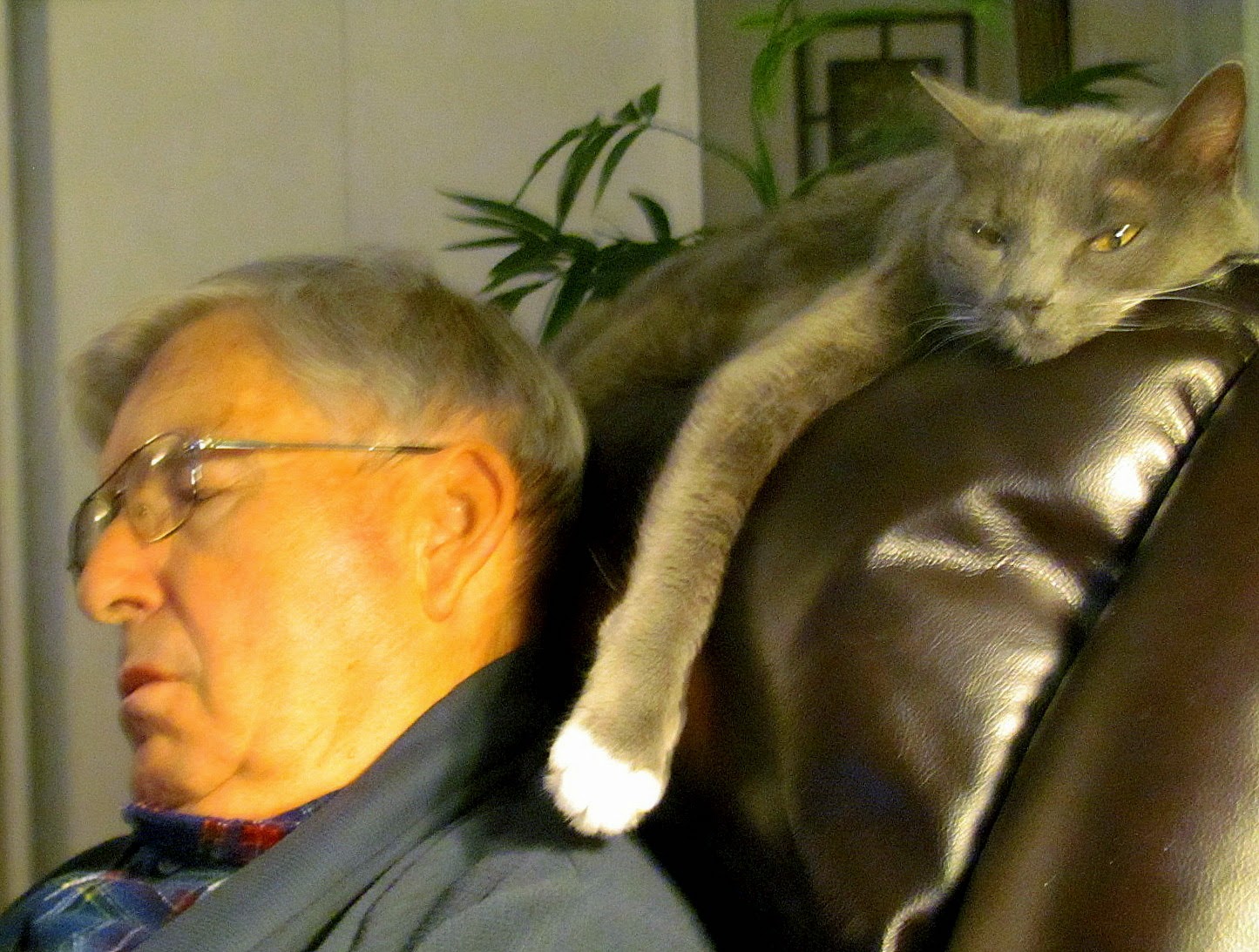 ...or with his Dad -- yes, he really does sleep with his eyes open.

What a comfortable life!!

This is my entry for the last letter of the alphabet at the end of our 11th round of our favorite and very popular project ABC Wednesday started by Mrs. Nesbitt several years ago and continued by Roger Owen Green and his trusty team of helpers.  Hop over to see all the other entries for this week by clicking HERE It would the ideal moment to also consider joining us next week as we start another round.