J is for JULIAN 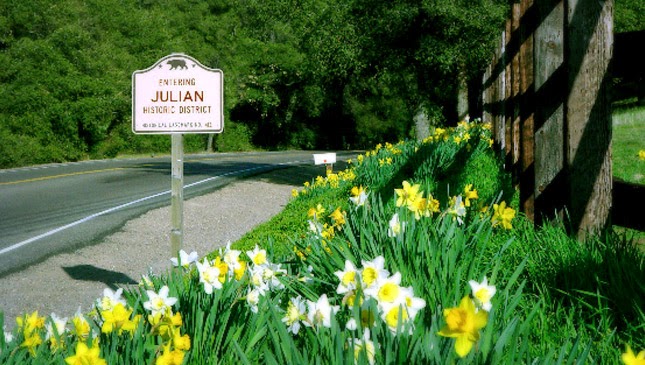 If you're looking for a quaint, quiet vacation spot with lots of things to do within striking distance, Julian in San Diego County might be just the place for you.  It is a small, old gold mining town set in the foothills of the Cuyamaca Mountains with lots of things to do besides exploring its history.  Just one hour to the southwest is San Diego with its world famous San Diego Zoo and the Animal Safari Park not too far away.  Directly west is Carlsbad and its immensely popular Lego Land as well as gorgeous beaches.  Anaheim and Disneyland are only about an hour away to the Northwest. 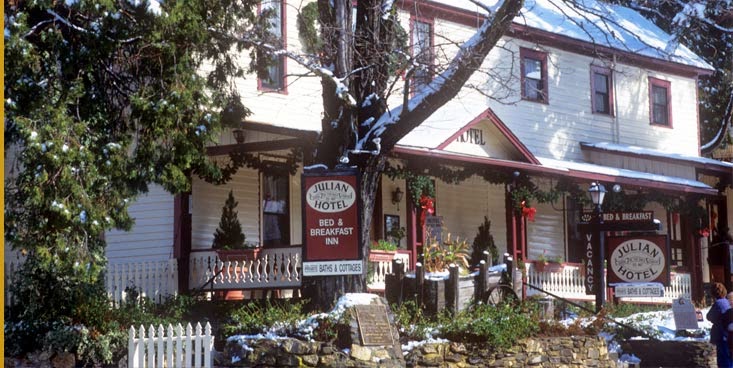 But if you want something less noisy and crazy, as  well as less expensive, try exploring Julian itself.  There are plenty of good B & B's and hotels, a main street area with interesting boutiques, not to mention cafes and bakeries selling Julian's famous apple pies. 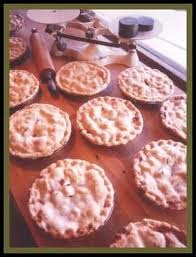 Why apple pies?  Well when Julian was first being settled by all those miners with only gold on their minds, a certain gentleman arrived in town, took a sniff of the air, a close look at the soil, investigated the climate and thought, APPLES!  So now, less well known for its gold, Julian is famous for its apple festival and matchless apple pies. 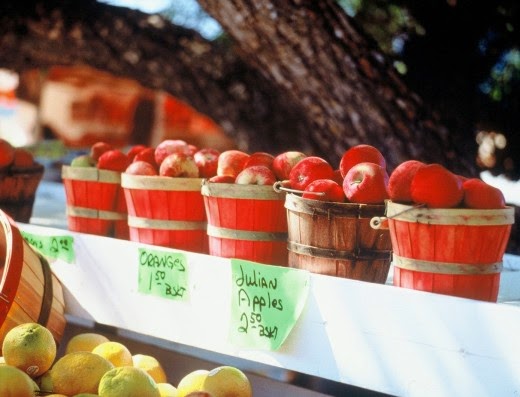 But that's not all.  Julian's climate is ideal for vacations. It's not too hot in the summer and cold enough in the winter for a little fun snow.  Then there's the daffodil festival in the spring which is followed by the fresh apple season in the fall. 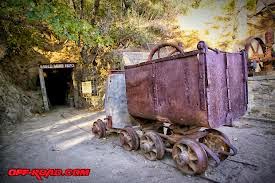 If you're still not satisfied, for those not familiar with our desert southwest, there are plenty of fascinating desert locations not far away, including still to be seen signs of the famous Butterfield Stage Coach stops and wheel tracks. In addition the Anza Borrego Desert is just the other side of the mountains. 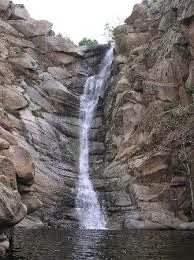 In case you are wondering, no, I don't have any vested interest in Julian.  It's just an ideal place to visit and it begins with the letter J !

This is my entry for ABC Wednesday, that wonderfully successful project begun by Mrs. Nesbitt and now continued in its 15th round, by Roger Owen Green.  To see more entries in this project please click HERE
Posted by ChrisJ at 5:13 PM

Oh I'm convinced!! How gorgeous, we are planning a trip next year to California and this will be added to my list.
Ann

Fascinating what's not so far from the Big City!

What a lovely place this is. I wouldn't mind spending my holidays there!
You made it all very tempting.
Wil, ABCW Team.

That would make a Jolly Jaunt the next time I journey down to see the J family, perhaps in January?

What a beautiful place! I do love apple pie!

Sounds like an interesting place to visit, but a bit of a trip for us, not much change out of 5,500 miles.

You have me convinced for sure :) What a tranquil and beautiful spot to visit.