Kaffee Klatch Friday
I'm way late with this....but I have made it at last.
Our question for discussion this week is;
1.  What was one of the most memorable events in your life last year?
Well, this could be really easy. It would be something everyone who has visited my blog recently would know and that is our adoption of Scruffy!  Then there was our visit to Kauai -- always memorable.  But I decided  I wanted to think a little more deeply and this is what came to mind:
It was a Sunday afternoon, and I was at home alone because Barry was in Micronesia. Something reminded me of a piece of music I had heard a good number of times before and liked very much. I found it on You Tube that afternoon. I know a lot of people are not very fond of opera, but I really like it.  It is something I learned to enjoy when I was in the equivalent of Junior High School. This piece is the male duet from "The Pearl Fishers" by Bizet. The two men in the duet are pledging their lifelong friendship despite whatever the outcome might be from the woman they both loved, who was at that moment deciding which of them she would choose to be her lover.  This piece of music is one of the most beautiful and uplifting I have ever heard.  It is only short and here it is sung by Thomas Hampson and Jerry Hadley.  It is made all the more poignant because Jerry Hadley died at the age of 51.  He committed suicide.  A brilliant young tenor who thought he was losing his singing voice.  Please click on this link  The Pearl Fishers.  You won't be sorry, I promise you. 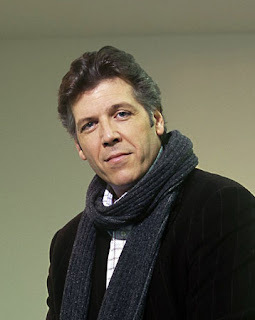 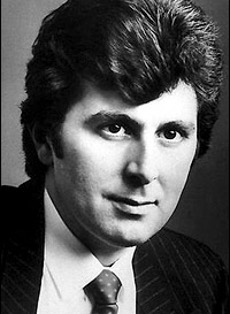 Jerry Hadley, Tenor.
Anyway that led to an afternoon of scouring You Tube for other pieces of my favorite music and singers. In the process I discovered another tenor whom I had never heard of.  He is from Peru and is brilliant.  He is not quite 40 years old and has a great future ahead of him.  Please go and listen to Juan Diego Florez at this LINK
The upshot of all this was that I spent about three hours listening to the most inspiring music and feel I had a very happy and fulfilling afternoon.  I must add that I also listened to Alfie Boe, and Michael Ball, Jackie Evancho, Josh Grogan and Andrea Bocelli among others.  What a great afternoon!  And it was all thanks to the computer about which I so often grumble.


Our second discussion question was, What do you look forward to regarding your blog this year?
I guess my most optimistic hope is that I continue to blog!  This is the beginning of my sixth year and sometimes inspiration just doesn't come.  If I were able to get out and about more I could take more photographs and they always help.  In addition I want to include more photographs that would be unusual and more illustrative of my life.  I want to do that because I have made a blog book of every year I have been posting, and they have become like an illustrated journal. My new blog book for 2011 is expected to arrive next week.  I'm looking forward to it.

Opera fills me up until I want to burst with emotion. Un Bel Dei from Madame Butterfly reduces me to tears without fail.
Jane x

Isn't it funny how something as simple as music draws such emotion from us. It is always nice to enjoy times as you described.

Thanks for following. :)
~Vicki~

The link is on the previous post. Let me know if you have problems with it. For some reason it kept disappearing yesterday.
~Vicki~

I think many people ignore certain music from an ingrained prejudice and never give themselves a chance to listen properly. Pavarotti made a big hit with the football crowds when his ‘Nessun dorma’ was chosen to introduce the 1990 World cup in Italy. He sold millions of copies world wide to people who had never listened to opera before.
Opera is intended to create passion and emotions and as Jane and Chris commented, Madame Butterfly is no exception, who would not be moved by someone waiting in vain for their lover to return. The pearl Fishers is high on my list of favourites too, along with ‘Lakme’ by Delibes amongst a host of others. Juan Diego Florez has a good voice.
Don’t know if you recall my mother’s brother Tommy, he would occasionally burst out with snatches of Figaro, which he had performed in on more than one occasion. He was a good tenor but never took it up professionally.

I have grown to love opera over the years but have never thought to look for it on YouTube.

I love the Danes' Dyke picture on your header.

I love the Pearl Fishers - I listen to Classic FM and like Jane I fill up with sheer emotion at some of the beautiful music.
Happy New Year.
Dxx

Opera isn't something I gravitate towards but I do enjoy it every once in a while.
Thanks for sharing your thoughts with us.
I just had printed year 2007 and 2010 from Blog2print. Now I have to get 2011 done and I will be caught up on the years since I started blogging.
You were the one to tip me off on the blog printing and I am forever grateful.
Please don't stop blogging. I enjoy your posts so much.
Sue

Chris, do you remember a time when I was visiting you from Canada, and driving from the airport to your home you asked me if I liked Pavarotti? My answer was, "I don't know; I've never had any."

I've come a long way since then - loved this piece from The Pearl Fishers, and listening to it set me on a journey of beautiful music through YouTube also - thanks!

And thanks for taking me to my one and only Pavarotti concert those many years ago!

I've been to see several operas and I like certain pieces but am not a huge fan. To be honest I'd rather listen to the music without the singers! There are exceptions to that and one is hearing Pavarotti singing Nessun Dorma.
Didn't realise you could get Blog Books - must investigate that.

Thank you for any other informative site. Where else may just I get that type of info written in such an ideal approach? I've a mission that I am just now running on, and I've been on the look out for such info.
Peltor Tactical 6s Hearing Protector Nrr 20db Folding Design Stereo Microphones Volume Controls