OH, WHAT A SURPRISE !

THE SAGA OF THE STRANGE FLOWER
Living in this new house (since March), it has been an adventure to see what would spring up and flower in our yard as the weeks and months have passed by. This one in particular has been a true mystery.

It didn't look too fascinating at first.  It was only about 3 feet high to begin with.  We had no idea what it was but we kept on faithfully watering it until it was about 6 feet tall.

Then these strange looking 'flowers' appeared:

There were two of them and they stayed looking like this for weeks.  The banana shaped things were actually more brown looking than in this photo.  But we thought that was all there was to this plant.  I tried to research it on the web but couldn't find anything. 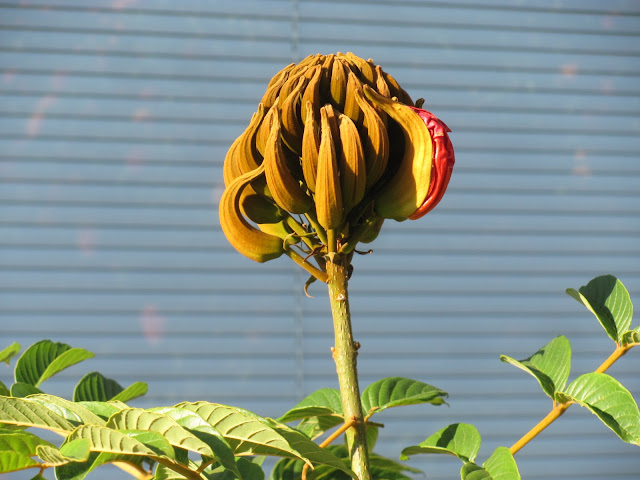 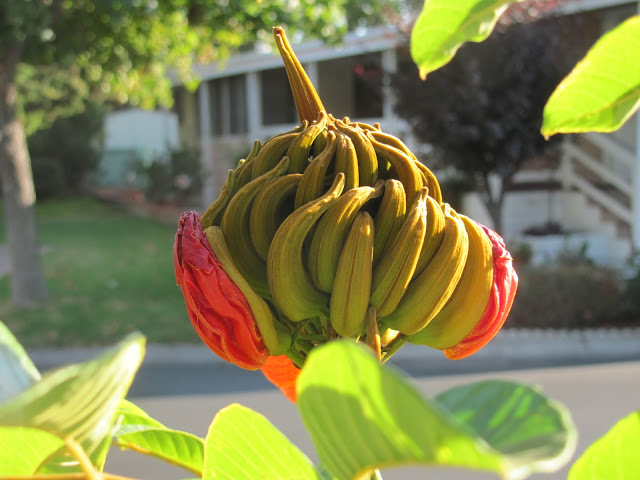 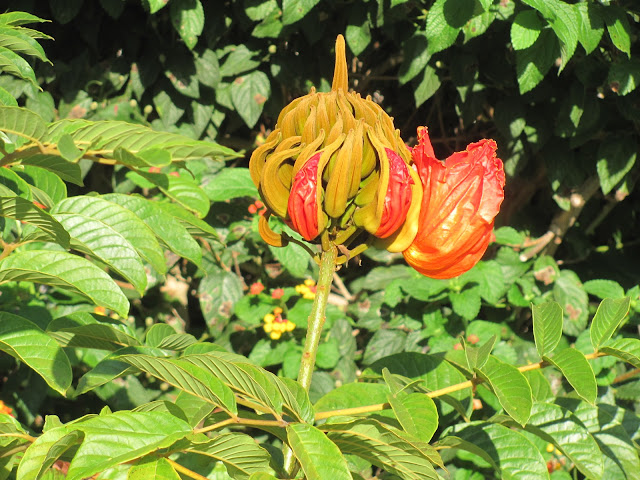 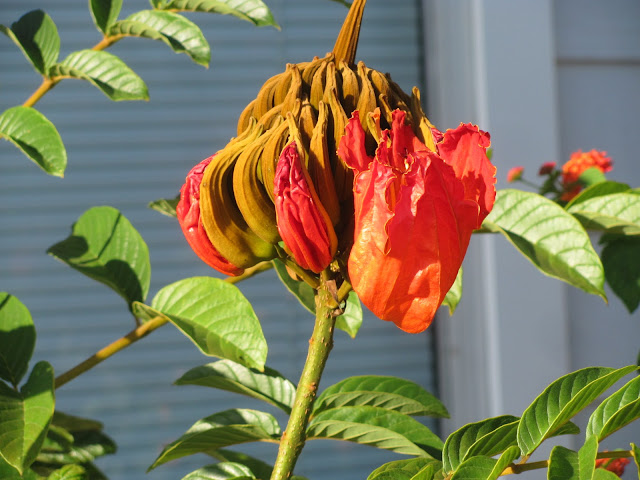 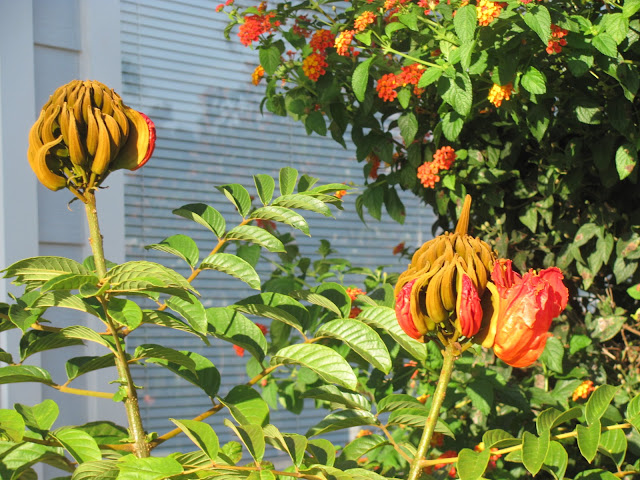 Now the second one has started to pop open.
All this has happened within the space of a couple of days.  I will take photos of its progress every day.  It looks like each one of those brown things is going to burst into bloom.

And we still have no idea what it is called!
Posted by ChrisJ at 11:38 AM

That is quite an amazing flower.
There is a spiritual lesson there too.
It's not what's on the outside that counts but what is sometimes hidden on the inside.

Wow, a miracle in progress. Sue, I love your comment. So very true is that spiritual lesson.

What a wonderful surprise, Chris! Let's hope that someone reading this will know what the plant is called!

After moving house, I have always found the first spring fascinating, watching to see which plants are going to appear. Looks as though it is going to be a huge blossom.

Well, that certainly took me by surprise. It definitely isn't the plant I was thinking of. Back to square one...